The UK government has the means to vaccinate badgers against tuberculosis, so why is it killing them? 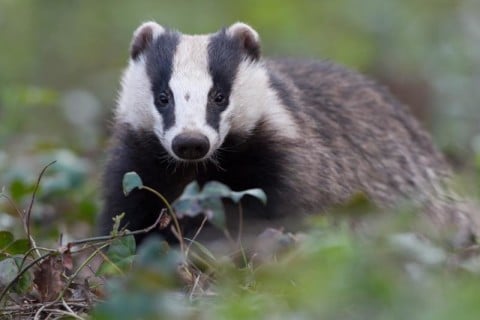 The UK government has killed thousands of badgers over the past few years, claiming that drastically reducing the population of badgers will reduce the spread of bovine tuberculosis to “acceptable levels” by reducing the number of potential carriers of the disease. The mass killings referred to as “culls” are implemented with the goal of wiping out a large percentage of a certain population. A few months ago, Minister for Farming, Food and Marine Environment George Eustice announced plans to expand the killing of badgers to more areas across England. Killings have been carried out in Somerset and Gloucestershire. They will be extended to Dorset in the future. Eustice also reported that applications for more killings in North Devon and Herefordshire have been requested.1

Authorities in the UK such as the government’s Department for Environment, Food and Rural Affairs (DEFRA) are concerned about the possibility of the spread of TB, which can infect many species of animals, including human beings. However, the authorities are more concerned about the economic impact it could have on farmers. Badgers have become their target because they can transmit the disease. Badgers can transmit TB through their urine, feces, or through open cuts and saliva when they eat or drink from cow troughs in farms or pastures.2

A vaccination program is possible

The government has not implemented vaccinations for badgers. However, there are private agencies that could provide vaccinations. Herefordshire Badger group is ready to offer TB vaccinations.3 If the government allowed private agencies to give vaccinations or, better yet, funded vaccination programs themselves, the disease could be prevented from spreading to cows, and badgers and other animals infected through contact with badgers would also be helped. Vaccinations have already been given for other diseases suffered by animals in the wild. DEFRA licensed a vaccine for badgers in 2010 called the Badger BCG.4

However, DEFRA has favored killing badgers instead of taking other preventive measures. Over two thousand badgers have been killed in the past two years of the “cull”.5

Thousands of badgers have been killed, injured, and orphaned, with no end to the killings in sight

Hired marksmen shoot at badgers in an attempt to kill them. Often the badgers are injured instead, leading to slow and often painful deaths. Tony Dean, Chairperson of the Gloucestershire Badger Group, commented that “many of the badgers will be badly injured. They will go back underground after being shot, probably badly maimed. They will die a long lingering death underground from lead poisoning, etc. We are going to have a lot of cubs left underground where their mothers have been shot above ground.”6

Reactions from the public against these killings are nothing new. An online petition on the UK government’s website gathered 304,255 signatures, the largest number of people ever to sign an online government petition. In October of 2012, MPs voted in favor of a motion to stop the killing of badgers, with 147 in favor and just 28 against.7

Badger culling is unacceptable from any viewpoint that takes the interests of animals seriously. Yet most arguments focus on factors that have nothing to do with the wellbeing of the victims of the disease. Some have claimed that vaccinations would be too costly for tax payers. Giving economic interests greater weight than the interests of animals is speciesist, but even according to such speciesist reasoning this makes little sense, since approximately £6,775 per badger was spent on culling measures in 2013 and 2014,8 and the estimated cost of vaccinations is about £16 per dose.9 Experts have stated that vaccinations and regular TB tests on cows are more effective at disease prevention.10 11

Then why is this mass killing taking place? Political factors play a large part. John Bourne, chair of the Independent Science Group that monitored the 1997 culling trial, commented: “I think the most interesting observation was made to me by a senior politician, who said, ‘Fine, John, we accept your science, but we have to offer farmers a carrot. And the only carrot we can possibly give them is culling badgers.’”10

There is no moral justification for disregarding the interests of badgers

While political, economic, and scientific debates rage on, the interests of the animals themselves are barely mentioned. The crucial reason vaccination is not used is that the interests of animals are not taken into account. It’s obvious that killing would never be considered an option if human beings were the potential transmitters of the disease. Alternatives such as vaccination would be the only acceptable options. If we reject speciesism, we have to treat badgers the same way we would want to be treated.

Vaccination of badgers should be carried out not because it helps farmers by stopping the transmission of the disease to cows and steers, but for the sake of the badgers themselves, as well as for cows, steers, and other animals affected by the disease. The discussion on whether stopping the spread of TB by killing badgers is efficient or not is focused on its effectiveness to satisfy human interests. Even when the moral objections of the public are considered, decisions are made based on the humans’ interests in stopping the killings rather than because the moral argument against killing the animals is accepted.

This is not the only case of mass wild animal killing for the sake of human interests. There have been recent cases of attempts to kill off squirrels, swans, ducks, owls, and deers. The current case with badgers may seem extreme because the rationale for killing badgers doesn’t really work even on its own terms. But even if killing the badgers were the best way to further human interests, it’s unacceptable on moral grounds if we consider the interests of the badgers who are killed or injured and their orphaned children.

The strong opposition to these killings shows that the public increasingly opposes the lack of concern for animals shown by culls. Thanks to this growing concern, killing nonhuman animals for human convenience will hopefully end soon and eventually only be a part of history.

1 Wheeler, R. (2015) “Badger cull could be extended throughout the country despite fierce opposition”, Mirror, 10 September [accessed on 12 September 2015].