Will the Mute Swans in New York be killed for being members of the wrong species? 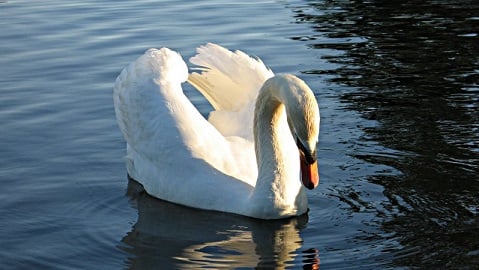 In December of 2013 the New York State Department of Environmental Conservation (DEC) approved a plan to eradicate all free living Mute Swans from the state by 2025. The swans were described as “beautiful” but “aggressive” and “destructive.” They were called an “invasive species,” a term sometimes used by conservationists for animals belonging to species that are not native to an area and live there, in most cases, because humans brought them there.

The language used in the DEC’s Management Plan for Mute Swans in New York State shows clearly how the swans are viewed not as sentient beings but as things to be bought, sold and bred according to human preferences. “Under the proposed regulations, the mute swan would be designated as a ‘Prohibited Species,’ which would prohibit the sale, importation, purchase, transport, introduction, or propagation of mute swans in New York. This plan is consistent with that designation, and it proposes additional actions to minimize their potential adverse impacts in New York.”1

Mute Swans were brought to NY from Europe in the 1880s. By 2008 it was estimated that there were 2,800 and it’s now thought that their number has decreased to about 2,200 in the state. Introductions first took place in New York’s lower Hudson Valley and Long Island, with the largest introductions of about 500 swans occurring between 1910 and 1912.

The highest population of swans is still in the lower Hudson Valley and on Long Island, but there is also a group of them in the Lake Ontario area around Rochester.

Mute Swans are considered differently from Trumpeter Swans and humans

The reasons given for the killing of the swans include their alleged “impact” on submerged aquatic vegetation (SAV), because Mute Swans eat up to 8 lbs of aquatic vegetation each day, and may pull up more than they eat. Yet native Trumpeter Swans eat approximately 20 lbs per day of SAV and there has been no proposal to kill them.

This claimed degradation of waterfowl habitats is an often cited reason for killing the swans. However, the main sources of degradation of these habitats are due to human activities, including run off from farms. Yet no one claims that humans should be killed for this reason. Why is this policy accepted in the case of swans? Due to speciesist reasons.

A representative from the Audubon Society agreed that swan populations should be reduced to human-desired levels. He said, “We have a general position that says we favor nonlethal control methods when possible. But in this case, there is a good basis for reaching a conclusion that in order to reduce the population to desired levels, lethal control is necessary.”2

Some groups have supported the killing of Mute Swans so that larger populations of animals which are hunted can live in the areas they currently live in. Ring-Necked Pheasants, another non-native species which hunters like to shoot, are actually released by the Department of Environmental Conservation. The “management plan” was also supported on the grounds that the aggressiveness of the swans (mostly towards each other) limits the ability of New Yorkers to engage in certain types of water sports during swan mating season. 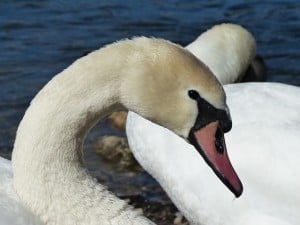 There has been a lot of public disagreement with the DEC’s proposed plan. After protests, editorials, tens of thousands of letters and petitions signed by more than 30,000 people, the New York DEC said in March 2014 that it would revise its plan and instead consider other methods such as covering swan eggs in oil to prevent them from hatching.3 This was still met with disapproval by the public.  Finally last month the New York State senate passed a two year moratorium on the plan. The governor has not yet signed the bill into law. Even if he does, the DEC may still be allowed to kill swans if they demonstrate that swans cause what the New York State Senate Environmental Conservation Committee considers a negative impact on the environment or other species.4

New York isn’t the only place that has considered or enacted such policies. In 1999 it was estimated that there were approximately 4,000 swans in Maryland. By 2010 the number of swans had been reduced to 200 due to policies similar to this one. Plans to kill swans are being considered in Michigan, where there is a larger population of Mute Swans. In Ohio, killing and egg addling (terminating the development of embryos in eggs) have been carried out quietly in order to avoid public outrage.

There is no reason why we should consider the interests of one animal less important than another’s due to her or his species membership. If the Department of Environmental Conservation eventually gets their way, these swans will be hurt and killed purely because they are perceived as belonging to the “wrong” species. This issue shows how at odds conservationism is with animal protection.