The massive killing of grey squirrels in Europe continues 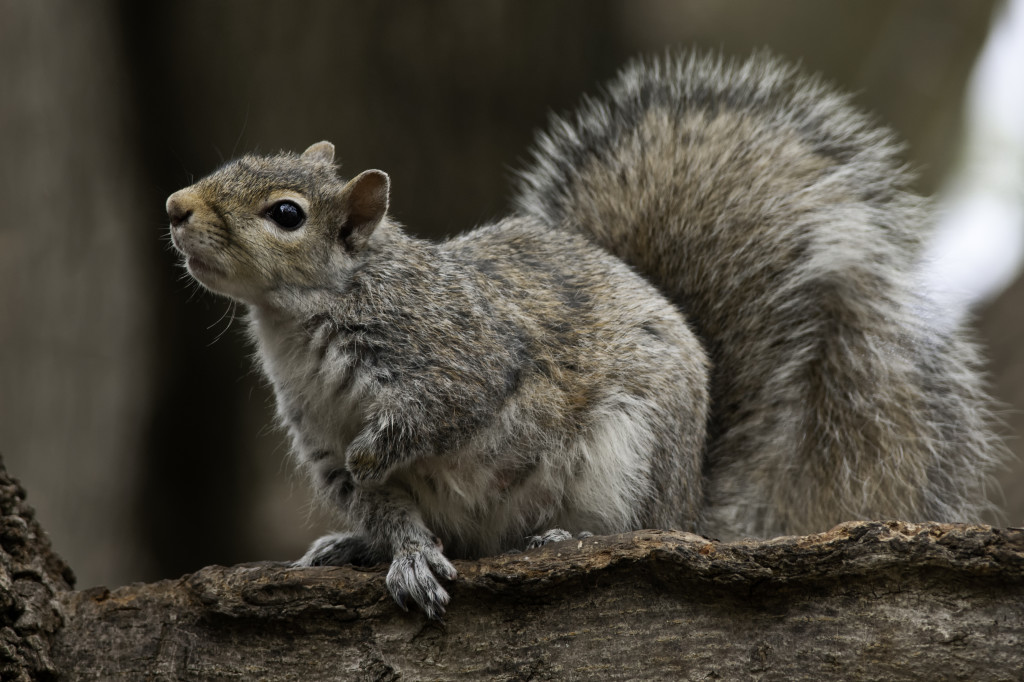 Massive killings of grey squirrels have been taking place in Europe in recent years based on claims that their population growth has caused a reduction in the number of red squirrels.1 There have been many planned attempts to kill grey squirrels in recent decades: during the 1950s the U.K government would give sixpence for a grey squirrel tail. In 1997 all grey squirrels in Italy were to be killed; however legal action by animal rights groups delayed action for three years, at which point the plan was no longer feasible.2 A program of killing began on the Island of Anglesey, Wales in 1998. In January 2006 the Department for the Environment, Food and the Regions of England announced that grey squirrels would be poisoned to reduce the population.3

Currently Scotland has a killing program to eliminate grey squirrels. Conservationist groups are trapping and killing these animals with the aim of making more room for red squirrels.4 These killings of grey squirrels have been backed by several organizations and institutions, such as the Scottish Wildlife Trust, the Scottish Natural Heritage, Forestry Commission Scotland and Scottish Land and Estates. This is occurring even though politicians have started to withdraw their support for this measure in the UK.5

Conservationist groups such as Red Squirrels Northern England have guidelines that recommend “cranial dispatch” as a method for killing grey squirrels captured in traps. This involves forcing the squirrel from the trap into a sack, holding her in place and attempting to kill her by hitting her with a hard object. The guidelines state: “Blows should be made to the back of the head with a solid implement such as a fishing priest.”6 In addition, it has been proposed that grey squirrels be used as food, and the public has been encouraged to hunt and eat them.7

This may give the impression that grey squirrels are the ones to blame for the reduction in the number of red squirrels.8 In fact the question of whether the reduction of the number of red squirrels is due to the increase in grey ones is a question which is far from resolved and much of the evidence from this area is inconclusive. But this is beside the point, as is the fact that humans introduced the grey squirrels to Europe in the first place at the end of the 19th century.9 The real problem is that humans want to kill innocent animals because of human preferences for certain species to exist in certain areas in certain numbers.

Interestingly, it used to be red squirrels that many were eager to kill. 2010 U.K Environment minister Lord Bach has said: “What we should be talking about now is how we can preserve the remaining viable populations of red squirrel which, rather ironically, was at one time itself considered a pest species.”10 Due to concerns regarding bark stripping, in 1903 the Highland Squirrel Club was set up. 102,900 red squirrels had been killed by 1946.

Red squirrels are thought to have come to the U.K around 10,000 years ago. If we had been around then, would they have been considered “invasive” and killed?

Concern for the preservation of red squirrels as a species is radically different from concern for the well-being of individual squirrels. Being concerned with the preservation of species suggests that often it will be moral to disregard the effects of actions on the wellbeing of individual animals in favor of preserving or restoring certain population numbers of particular species in particular places. This is an instance of speciesism. Grey squirrels are suffering terribly from the methods of trapping and killing them, and they are being killed due only to their species membership.11

It is clear that the interests of these squirrels, red and grey alike, are not really what is being considered. Instead it is hoped that certain species of animals will be maintained in certain areas in the wild while others are kept away from them, perhaps simply because this has historically been the case, or because the relative scarcity of one species makes them more interesting and appealing to people. This is totally unacceptable from an antispeciesist viewpoint, where the interests of all sentient beings should be considered morally, regardless of their species.

2 See about this Bertolino, S. & Piero, G. (2003) “Spread and attempted eradication of the grey squirrel (Sciurus caolinensis) in Italy, and consequences for the red squirrel (Sciurus vulgaris) in Eurasia”, Biological Conservation 109, pp. 351-358

9 One of the most significant introductions of grey squirrels to the wild in the U.K. is thought to have happened in 1902, when around 100 grey squirrels were released into the wild at Richmond Park, London. Around 1911, 12 Grey squirrels brought to county Longford, Ireland. While in 1948 some were taken to Stupinigi, Italy.