When will we start vaccinating African wild apes against Ebola? 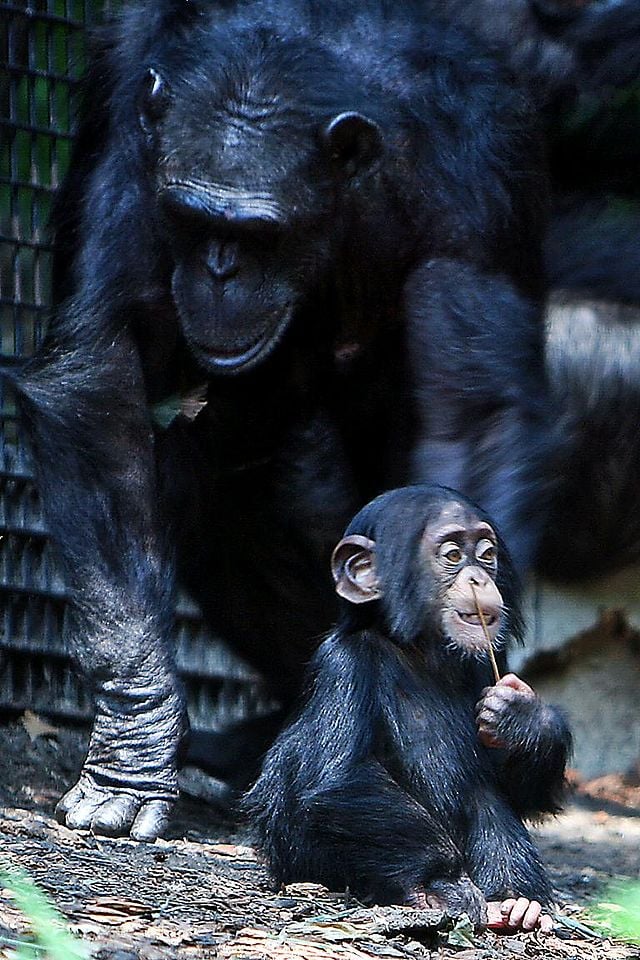 There is an ongoing discussion concerning vaccination of great apes against Ebola. Ebola, considered by some to be the world’s most deadly virus, is recorded as having killed tens of thousands of apes since it was first identified in 1976. An Ebola vaccine for African wild apes is ready for field trials, which can be carried out on wild animals in a similar manner to the way clinical trials are carried out on humans. This could save thousands of gorillas and chimpanzees from suffering and dying from this terrible disease.

Vaccinations of nonhuman animals is not new

The first nonhuman vaccination programs were for domesticated animals on farms, and began in order to secure both the health of human beings and the profits obtained through animal exploitation. The vaccination of wild animals began in the late twentieth century.1 It was done so that sick animals living in the wild would not infect domesticated animals with diseases such as rabies. Before vaccinations were used, wild animals who were susceptible to certain diseases were killed to reduce their numbers and thereby reduce disease risk.

With African wild apes, there has been a different motivation for vaccination, which is the desire to prevent their extinction. Because many humans value apes, this effort is particularly energetic.

Vaccinations of African wild apes have led to a dramatic improvement in their wellbeing. Vaccination of apes have occurred several times, including the following:
• In 1966, Jane Goodall hid oral polio vaccine in bananas, ending a polio epidemic in chimpanzees.
• In 1988 a measles epidemic in mountain gorillas was halted by a dart-delivered vaccine.
• In 2009 vaccines donated by an Australian zoo helped chimps in a Sierra Leone sanctuary fight an EMCV (encephalomyocarditis) outbreak.3
• In 2011 a successful pilot trial was carried out using a dart delivery system to vaccinate gorillas against measles.4

An important issue when considering the development and use of vaccines is that vaccines have usually been developed by performing experiments on captive animals, in ways that cause them to suffer and die. In addition, in many cases this has been done not to help any nonhuman animals, but for the sake of human interests.

It is possible to support vaccination of wild animals who need it using existing vaccines while at the same time advocating that new vaccines are not developed in ways that harm animals. Organizations like the European Centre for the Validation of Alternative Methods (ECVAM) and the more recently formed US Interagency Coordinating Committee on the Validation of Alternative Methods (ICCVAM) have been working on methods for vaccine development and testing that don’t use nonhuman animals in ways that humans are not used. Their motives are largely scientific. For example, in vitro cell culture testing has improved the process of vaccine development and testing. However, both organizations acknowledge and are responding to changing public attitudes towards animal testing as well. There is increasing worldwide opposition to animal testing for cosmetics, and an increasing desire among the public and scientists to develop effective alternatives to all types of animal testing so scientific progress can be achieved without harming nonhuman animals.

Existing vaccines could be used to help nonhuman animals

Many vaccines have been developed already, so it seems speciesist that while they are being used for the benefit of humans, they aren’t used to help nonhuman animals. The viability and success of past wild animal vaccination programs shows that it is possible to aid animals in the wild who are susceptible to the same diseases.

Now that we are experiencing the worst human outbreak of Ebola to date, there has been increased attention to the incidence and spread of the disease in gorillas and chimpanzees in West Africa. Mass outbreaks in humans tend to follow mass outbreaks in wild apes, probably due to the consumption of infected animals. This may lead to a greater push for the use of the vaccine on gorillas and chimpanzees, and its further development for use on other vulnerable animals, including monkeys, antelopes, wild pigs, and fruit bats. This would be a positive development that would help millions of animals. However, we need to push the conversation further, so that wild animals are helped for their own sake rather than only when their illnesses threaten human health or might lead to the extinction of a species favored by humans.