The harm done by cats outdoors: a new report 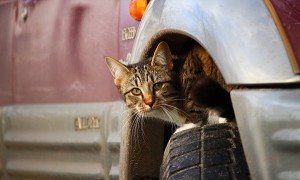 A report on the effects of letting cats roam outdoors called Cats and wildlife was recently published online by Kerstin and Stephan Voigt of Wild Bird Aid at the Isle of Wight, in the UK.1

Many good intentioned people think that letting cats outdoors is good for them. Unfortunately, the available data indicates that this is very risky for the cats and fatal for many other animals. Cats who spend time outdoors can kill thousands of animals even if they are well fed. In addition to harming the animals they hunt, cats who roam outdoors are vulnerable to serious diseases like leukemia and FIV (Feline immunodeficiency virus). A large number of cats also die in traffic accidents.

The Cats and Wildlife report reviews the literature and summarizes some studies about cats and their impact on other animals, mainly in the US and the UK, although it also includes information from Australia and Canada.

In their work at Wild Bird Aid, formerly known as Wight Nature Wildlife Rescue and Rehabilitation, the Voights have rescued and treated hundreds of birds and other animals seriously injured by attacks from cats. This has real consequences which the authors have seen very clearly many times. 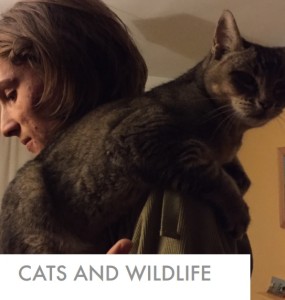 The harms suffered by cats and the animals they hunt

Cats allowed to roam outdoors often face a serious risk of being hit by cars, even in rural areas. It has been estimated that around 26 million cats die after being hit by cars in the US alone.2 Others are seriously harmed or maimed by cars. Outdoor cats are also vulnerable to easily spread diseases and abuse by humans.

Still, those harmed the most when cats roam outdoors are the animals they hunt. It is estimated that cats kill between 1.4 and 3.7 billion birds and 6.9 to 20.7 billion mammals in the US annually.3 In the UK, it is estimated that around 55 million birds are killed yearly by cats living in homes, that is, excluding feral cats. The number of animals killed would be much higher if it included other animals such as small mammals and lizards. Feral cats kill three times as many animals, but cats living in human homes kill billions of animals each year in the U.S. alone.

The way cats kill their prey can be very painful. When it is done quickly, cats pounce on the prey animal and immobilize them. Then they bite the victim’s neck, which asphyxiates them, severs the spinal cord, or causes fatal bleeding by puncturing the carotid artery or the jugular vein. 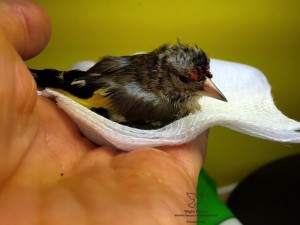 Cats have been called a main “source of anthropogenic mortality for US birds and mammals.”5 Cats are also said to have caused the global extinction of 33 species of birds.6 This is a useful statistic because it helps give us a sense of how much death is caused by hunting cats, but the conservation of species is beside the point: the individuals who are being killed are important. Every baby bird who died of starvation because her mother was eaten by a cat while looking for food matters. Every lizard, amphibian, rodent, fish, and insect should be protected when possible. They don’t want to be harmed any more than humans or the animals in our homes do.

Of course, cats shouldn’t be blamed for this. In fact, cats themselves are often harmed by being allowed outdoors, as pointed out above, since they are often the victims of accidents and susceptible to diseases that can be fatal to them.

Most people who live with cats are concerned about what happens to animals. They have good intentions when they let them out, as they want cats to be happier by being able to roam freely. Many people are not aware of how much harm cats can cause to other animals. They may realize that cats sometimes attack other animals, but fail to notice the magnitude of the consequences of cats roaming outdoors. 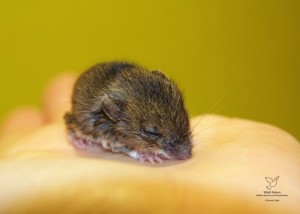 There has been little information on this topic for animal activists and the general public, which makes reports such as the Cats and Wildlife report especially valuable.

Cats have no choice about whether they go outside or not. Their human companions, on the other hand, have a choice. The suffering and deaths of millions of cats and of a much larger number of animals hunted by cats every year could be prevented. There could be a great reduction in this number if people living with cats take measures to keep cats indoors and Trap-Neuter-Return (TNR)7 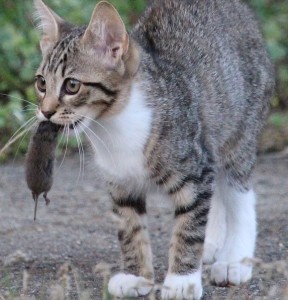 programs for stray and feral cats are expanded. Cats can live very happily and safely indoors, especially if they live with other cats.

There are ways to make your home suitable for a cat so they don’t have to go outside to enjoy themselves.8 Kittens kept indoors are usually happy to remain inside when they grow up. If you have a yard or patio, you can also build an outdoor enclosure there. A perch near the window can also suffice. If your cat does go outdoors, make sure there are no openings for them to get outside the enclosure, and monitor them so that they don’t have the chance to harm other animals like birds. You can also consider training a cat to walk on a leash.

How to ensure cats live happily and safely indoors

Playtime with toys can satisfy their instinct to hunt. Use different toys that allow cats to stalk, chase, pounce, and kick. Leave toys at home while you are out, and change them every once in a while so they appear exciting and new. Bring in some plants like grass for cats to chew on as they might outside.

The adjustment might seem difficult at first, but when you consider that you can help prevent the suffering and deaths of many animals by taking these actions, it is worth it.

Working for a better future for all animals 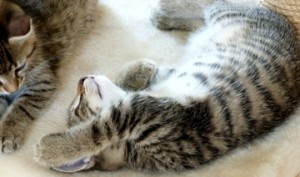 There are some who protest the practice of preventing their cats from hunting because hunting is “natural.” However, just because something is natural does not mean it is justified or necessary. As we have argued before, there are many things that are natural that many of us consider morally unacceptable. Aggressive human behaviors may be natural, but that does not mean we should accept them. To reject the killing of humans or a few favored species but accept the killing of others is speciesist. It would be discriminatory to favor cats over their victims by allowing cats to hunt. We should work for a better future for all sentient animals, not just accept what we consider to be natural.

With this aim, it’s crucially important to continue doing research on this and other related issues, so we can know how to put an end to the harms that many animals suffer. We welcome this report, and we recommend taking a look at it. We also want to thank Kerstin and Stephan Voigt for their work.