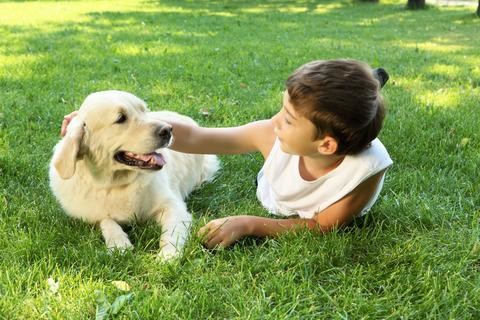 While it has been established that it is perfectly healthy for humans to consume a vegan diet at all stages of life1, less is known about putting dogs and cats on a vegan diet. It is generally very simple to feed dogs a healthy vegan diet since they are omnivores. While cats are considered carnivores, they can live well on a vegan diet too.

Dogs and cats have a need for the nutrition provided by certain foods, not a need for those foods themselves. Their needs can be met by a well-balanced vegan diet and a few supplements. James Pedon, the author of Vegetarian Cats & Dogs, developed Vegepet supplements for vegan animals. V-dog is also very popular today. Other commercial brands, such as Evolution Pet Food and Amì include essential vitamins and nutrients such as taurine without animal based ingredients. Thousands of people, including at animal shelters, have used these foods successfully for at least 20 years, and dogs and cats fed with products such as these are in good health and reach old age. Roxanne Hawn from WebMD gives the example of Amy Short from Brooklyn, NY who began feeding her cats Georgia and Olive a commercial vegan diet when they were three months old. She reports that “[b]esides a little dental trouble for Georgia and springtime allergies for Olive, Short says the cats, which are now 8 years old, are healthy, happy.”2 Perhaps anecdotes are not enough, but stories such as this one demonstrate a need for further research to be conducted as speciesism is taken more seriously by the public.3 If cats and dogs can be sustained on vegan food sources, why is the slaughter of other animals to feed them justified?

Well planned diets for cats or dogs must include an adequate protein intake (more than 25 grams per 1,000 calories), a balance of amino acids such as taurine and L-carnitine, and sufficient amounts of essential vitamins and minerals. Any diet lacking these nutrients can lead to serious health problems. This can happen in vegan diets and in other types of diets. Cats and dogs both need some key nutrients that are not naturally found in plant foods, including Vitamin B12, taurine, and arachidonic acid, which can be supplied to them in fortified foods.

Note that dogs and cats process nutrients differently from humans and differently from each other. According to WebMD, “Dogs can make taurine if provided the right building blocks through dietary protein. Cats cannot make their own taurine at all, so it is regarded as an essential amino acid in this species and must be present in adequate amounts in the diet. Both species can suffer taurine deficiencies.”2

Any poorly planned diet can be unhealthy

When a kitten in Australia became critically ill after being fed rice, milk, potatoes, and pasta, pet health blog Healthy Pets described the kitten’s diet as lacking ”species-appropriate, meat-based nutrition.”4 This statement is misleading because what animals need is not certain foods but certain nutrients, and species-appropriate nutrition is available from sources other than meat.5 A human child fed on a diet of only rice, milk, potatoes, and pasta would also suffer from malnutrition, yet there are many healthy human infants and children who are fed a balanced vegan diet.

If we are to reject speciesism, we must take all nonhuman animals’ interests into account

If it is possible for a cat to be healthy on a vegan diet, why should it be unacceptable? Respecting nonhuman animals is at the core of antispeciesism, according to which animal exploitation and discrimination is unjust. There is no morally justifiable reason a cow or chicken should die to sustain an animal like a cat or dog who is deemed more important only because humans like them more. Developments in vegan food for humans and nonhumans are improving every day. We should further research consumer options that do not contribute to the harm and exploitation of any sentient beings, and continue to make use of existing work.

2 Hawn, R. (2011) “Should your pet go on a vegetarian diet?: The risks of feeding vegan or vegetarian diets to your pet”, WebMD, May 19 [accessed on 2 September 2015]. This title shouldn’t be misleading in driving us to believe that nonvegan diets can’t entail risks to animals, as they can. The key for a healthy diet is in the inclusion of appropriate nutrients.