China lifts its requirement for animal testing of some cosmetics 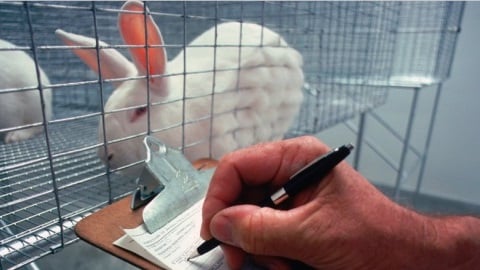 Last week China changed its law that previously required animal testing on all cosmetics produced or sold there. A new rule no longer requires animal testing on what are considered ordinary cosmetics like shampoos, skin care products, and makeup. The rule change does not apply to imported products or domestic products considered “special-use,” such as hair dyes and sunscreen.1 The new rule also exempts “cosmetics made from ingredients that have already been tested and classified as safe.”2

While China’s Food and Drug Administration (FDA) is lifting the requirement to perform animal testing, manufacturers can still choose to do it. Unlike outright bans on animal testing for cosmetics in places such as the European Union and India, China’s policy is similar to the USA’s in that it does not require animal experimentation, but it allows it. Both China and the United States still require scientific evidence of the safety of new cosmetic products, but don’t require that it be in the form of tests conducted on nonhuman animals. The new law in China allows cosmetics producers to use existing toxicology data (there are tens of thousands of cosmetics ingredients already known to be safe) and cell culture tests instead of animal tests.

The existing Chinese cosmetics market is already large and is expected to grow a lot in coming decades. If most eligible cosmetic companies in China choose to use alternative testing methods, it could mean 10 thousand fewer animals being tortured and poisoned to death per year.3 The new rule will probably have an even bigger impact by making it easier to advance and promote alternative cosmetic testing methods in China and around the world. 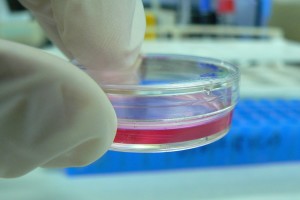 cell culture in a tiny petri dish by kaibara87

Cosmetic testing on nonhuman animals is banned in the EU, Norway, India, and Israel. It is also illegal in New Zealand on domestically produced cosmetics, and the Labour party would like to see a ban on importing cosmetics tested on animals as well. The European Commission has been researching alternatives to animal testing since 1991, and in 2011 the European Union Reference Laboratory for Alternatives to Animal Testing (EURL ECVAM) was formed to validate and promote new methods of testing that do not use nonhuman animals. Recent advances have been made in producing lab-grown human skin and skin substitutes which can be used for cell culture or in vitro tests. In vitro tests can be used alone or in combination with computer models and genomics to predict things such as the skin irritating, allergenic, and cancer causing potential of products and ingredients. According to EURL ECVAM, “there is overwhelming consensus in the toxicology community that alternative test methods are indeed powerful tools capable of delivering relevant information useful in many regulatory contexts.”4

The recent change in China’s law applies only to cosmetics made in China. Animal tests are still required for imported cosmetics. In recent years some companies with long histories of not testing on animals have agreed to have their products tested on animals in order to sell them in China. Such companies include Estee Lauder, Avon, Mary Kay, and L’Occitane. In 2012 Urban Decay, known for its motto “We don’t do animal testing. How could anyone?” announced that it would begin selling its products in China as well, though it later reversed the decision after a great deal of pressure and criticism from existing customers. A few companies, such as LUSH, have been outspoken critics of China’s policy and have refused the invitation to sell their products there while China requires them to be tested on animals.

Developments like the new law in China are encouraging, but such modifications in rules should not be seen as an indication of big changes in speciesist attitudes. China has not stated a reason for its decision to change the FDA rule. Chinese authorities have indicated that they are considering expanding it to include so-called special-use cosmetics and applying the rule to imported as well as domestically produced cosmetics. However, they have also acknowledged that there will probably be an increase in animal use for post-market tests, in which products are pulled off store shelves and tested to ensure that the formulations are the same as the ones that were approved.

The practical results of China’s change in law have beneficial effects for nonhuman animals because it spurs development of alternative methods and makes it more likely that they will be adopted. It also both reflects and reinforces changes in attitudes that harming animals for trivial purposes is becoming less acceptable.

However, such changes do not automatically signal a move towards greatly increasing concern for animals overall. They may have more to do with trade or other economic or scientific concerns. This can be seen in the EU Directive that put in place the ban on animal testing for cosmetics in the European Union. Although there is a moral component to the EU ban, scientific and economic reasons were highlighted in the Directive.5 And the ban was accompanied by an EU-wide provision making it legal to use stray cats and dogs for experiments, which member countries are not allowed to override with new laws (though existing bans can remain in place). Changes in policies that improve conditions for nonhuman animals don’t happen in a straight line because of the speciesist attitudes that prevail in modern societies.

As long as human market interests are considered more important than the interests of nonhuman animals, the lives of stray pet animals are considered less valuable because no human loves them, and animals continue to be treated as commodities rather than as sentient beings, progress towards societies that respect animals is likely to be slow and halting.

Unlike laws and policies, the wellbeing and needs of nonhuman animals do not change according to public opinion or market conditions. Animals should be respected for the same reason humans are: because nonhuman animals can feel, and they can be harmed by what we do to them.

5 European Parliament (2010) “Directive 2010/63/EU of the European Parliament and of the Council of 22 September 2010 on the protection of animals used for scientific purposes”, Official Journal of the European Union [accessed 12 July 2014]. See, for example, paragraph 39 on moral, scientific, and cost-benefit evaluations of animal use, paragraph 35 on the importance of keeping markets fair, and Article 11 which allows testing on stray and feral animals.