Animals killed at zoos: a bear cub is killed in a Swiss zoo; Marius the giraffe and four lions are killed at the Copenhagen Zoo

A healthy young bear cub was killed last month at the Dählhölzli zoo in Bern, Switzerland.1 The cub, known as Baby Bear Three, had been born to two Russian brown bears, Masha and Misha, and was killed on the claim that his father Misha was battering him and was posing a very serious threat to his life.2 There were other possible alternatives such as taking care of the young cub and the father separately, but the alternatives were not considered by the zoo, even though the zoo had enough room to separate the father and son.  According to the zoo, their primary concern was the welfare of the adult bears, and they didn’t want to separate the adult couple.3

Killing healthy animals is not an uncommon practice in zoos. In February 2014, people around the world were outraged when a healthy young giraffe named Marius was killed at the Copenhagen Zoo because he did not have the right genes. His body was dissected in front of a large crowd and some of his flesh was fed to the other animals.4 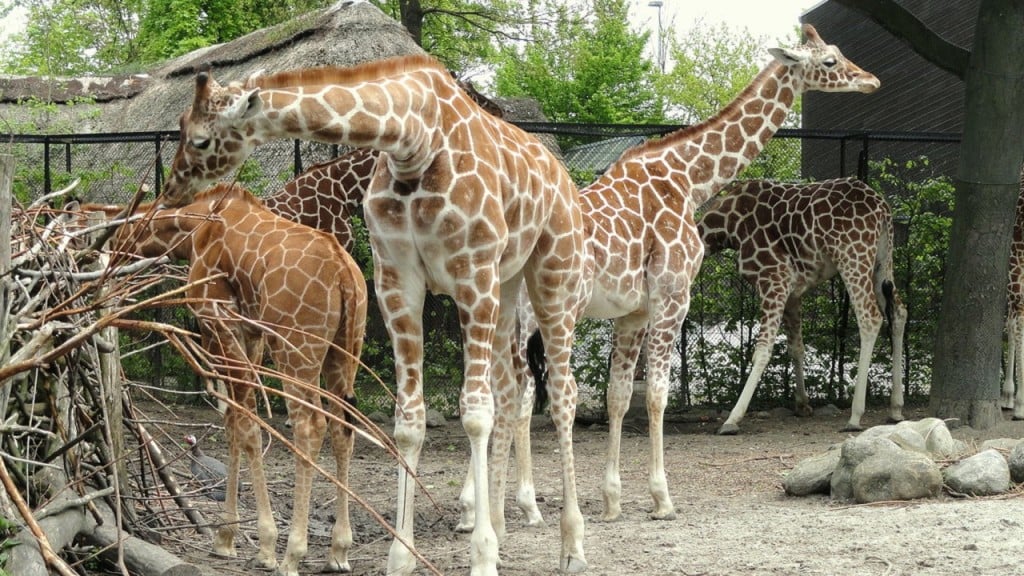 According to Bengt Holst, the Zoo’s scientific director, some giraffes have to be killed in order to keep the ones with the best genes and to ensure healthy breeding.5 Apparently Marius’ siblings were in the breeding program and he had nothing to add in terms of genes to that program.6  Several offers to take Marius could not be accepted because the locations did not meet with European Association of Zoos and Aquaria (EAZA) requirements.7 An offer from an EAZA member was also rejected because Marius’ older brother lived at the location, and sending him  would have interfered with the placement of another giraffe whose genes were considered more valuable.8

The Copenhagen Zoo went on to kill four members of a lion family (two older adults and two ten month old cubs) in March, 2014.  A new male lion had been introduced to breed with two of the young female lions.  According to the Zoo, the lion pride structure and behavior would not have allowed all the lions to live compatibly, placing the two cubs at risk of being attacked by the new male.  Also, the lion pride would not have reflected how it functioned in the wild.  The other two lions killed were described as the parents of the cubs and a “very old” breeding pair.9 EAZA supported the decisions by the Zoo to kill both Marius and the lions.  In Marius’ case, EAZA stressed the importance of genetic diversity, maintaining future healthy animal populations, and expendability if an animal did not fit in to the breeding plan.10  Referring to the lions, EAZA said the Zoo had not broken any codes of conduct and had culled the lions in line with policies for animal population management.11

In all these cases, the zoos are making their decisions based on speciesist beliefs that the animals’ lives are valuable only to the extent that they are compatible with human wishes. In the case of the bears, the zoo keepers preferred keeping the adult couple together to saving the lives of the children. In the Copenhagen Zoo, breeding programs and the density of particular genetic makeups were given more importance than the animals’ interests in living.

Speciesism is discrimination against those who do not belong to a certain species. In these cases, the interest of humans in keeping adults together as a pair or in a breeding program that produces good “ambassadors”12 for a species are given greater importance than the lives and wellbeing of the animals involved. This results in humans viewing nonhuman animals as ambassadors or surplus animals rather than as individuals. As the public outrage over these killings has shown, many members of the public believe these animals should be treated as individuals rather than as expendable decorations for their parents or mere representatives of their species. If what we care about are the relevant reasons to respect someone, then we should base our decisions about how to treat other animals on whether they can be harmed or benefited by our actions. If we are going to be fair and consistent in our treatment of others, we should respect nonhuman animals for the same reasons we respect humans.

All this means that we should also question the killing of other animals in zoos that takes place regularly but doesn’t make headline news: killing animals to be fed to other animals. Some are actually fed alive to others, as in the case of mice or rabbits fed to snakes; others are killed in slaughterhouses and their dead body parts are brought to the zoo. This causes more suffering and death of animals in zoos than killings of healthy animals used for display or breeding do.13

Most of us find it impossible to imagine the killing of a human animal because his father didn’t like him, or because his genes did not make for good breeding, or to serve as food for someone else towards whom we feel more sympathy or whose life we value more.  It is equally unacceptable to us to hold a human in captivity for our viewing and amusement, or because we want to preserve his genes for the sake of biodiversity.  All sentient animals can feel and have conscious experiences. What is the relevant difference?

13 Unlike what many people think, this shouldn’t be an issue for many animals people think absolutely must eat flesh. The availability and success of vegan dog and cat food brands suggests that, in most cases, the real problem is a lack of interest in addressing the problem of animals eating other animals. See for instance: Dr Chew; F & O Alternative Pet Products; Happier Pets; Health Force Nutritionals; Lively Doggie Food;  V-dog; Vegan dog and cat food; Vegan Pet; Ami Vegan Dog Food and Vegan Cat Food; VeganCats.com; or VeggiePets. If we wouldn’t kill a dog, a wolf, a cat or a lion to feed another animal, we shouldn’t kill other animals to feed them, either.