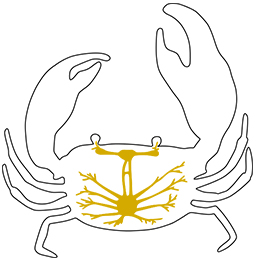 A new article describes the physiology of invertebrate nervous systems. It focuses on the level of centralization and the nervous system structures of representative animals from different phyla and classes, including cnidaria, echinoderms, nematodes, annelida, platyhelminthes, bivalves, gastropods, insects, crustaceans, and cephalopods.

The article includes simplified illustrations of the nervous systems of some of the animals belonging to these groups. This gives us an idea of their degree of centralization and capacity for consciousness.

You can read this article here:

An illustrated physiology of nervous systems in invertebrates

At this point it is impossible to know for sure which animals are sentient and which ones are not, since we don’t know what physical structures can host consciousness. However, centralization appears to be a key part of this, because centralized structures can process nervous information in ways that can give rise to consciousness.

This is an important issue, since the majority of animals are invertebrates. This includes both those living in the wild and those used by humans in harmful ways. Even though the findings from studies of invertebrate sentience are tentative, what we have helps us to consider the question on the basis of the best available evidence.

The article was written by Jamie Gittins, as part of his volunteer work with Animal Ethics. We hope it provides a better understanding of the question of animal sentience.